5 Ways For Students To Improve Their Social Media Footprint 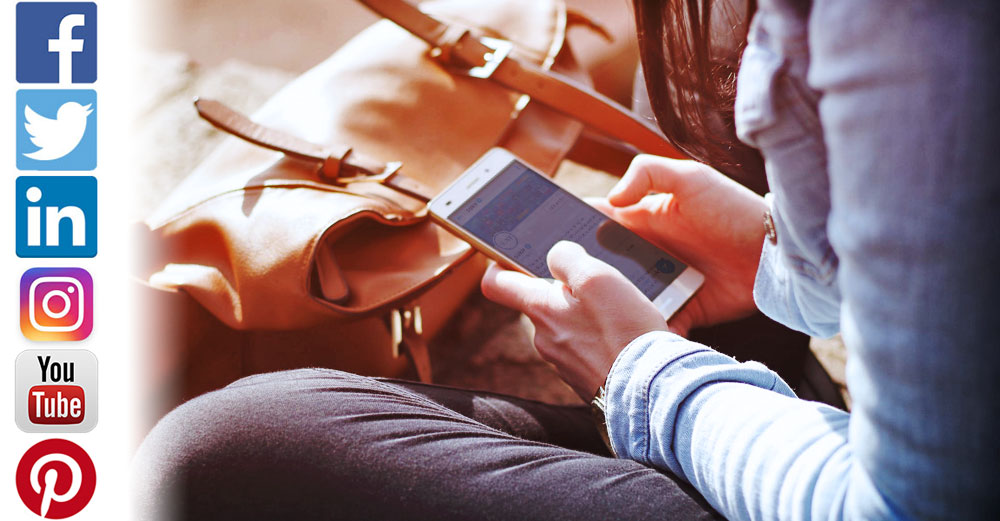 Creating a stellar social media presence is akin to cooking. You want to keep your ingredients (content) fresh, provide a variety of options to your patrons (followers), try out new recipes (platforms, built-in tools), and make sure everything is made with care. But it’s not always fun and games: it’s easy to become overwhelmed trying to implement new techniques and tools, and it’s also important to keep safety and reputation in mind (burns don’t only happen in the kitchen – see what we did there?).

Given that a whopping 90% of young adults consistently use social media, according to a 2015 Pew Reseacrh study, it’s important to avoid common mistakes and “dont’s” of social media netiquette. Being a smart social media user is especially important for future and recent grads, as 94% of employers search social platforms when recruiting candidates, and 43% of employers who used social media did not hire a candidate due to finding negative content.

So what can you do to improve your social media footprint? Here are 5 tips to follow and behaviors to avoid when using your favorite social media platforms.

We all know the saying “a picture is worth a thousand words,” but it’s important to check that a picture is saying the right “words” before posting. This happened to “Will and Grace” start, Debra Messing when she tweeted about a mass shooting and included a picture of herself wearing a shirt that said ‘Under The Gun.’ Needless to say, she faced a lot of backlash and criticism from Twitter users.

Whether you’re sharing an inspirational quote, a video clip from an event, or a picture from your everyday life, if there’s a possibility that your message could be misunderstood or seen as controversial, use the caption to provide clarity.

2) Understand the virality of each media

While you might have dreams about crafting the perfect tweet or Instagram post that will springboard your career as a social media sensation, going viral isn’t always a good thing. Whether it’s a retweet, a repost, or a share, your content can easily be spread to users far beyond your social media followers. There are even online outlets, like BuzzFeed, that write articles dedicated to viral posts and tweets.

You might be okay with a picture of your cute puppy being shared with the masses, but you probably don’t want to be remembered as the person who said something inappropriate. All that to say, make sure you understand how many people your words and images may reach before hitting ‘post’.

Even though most people think millennials are self-centered, we’re here to tell you it’s okay to brag about yourself as long as it’s done strategically. In addition to LinkedIn, Facebook is now testing a feature to let users create resumes to privately share on the platform. Facebook already has a “Work and Education” section, but the resume feature will give users the opportunity to share detailed information about their work history.

While the option to add a resume to your Facebook profile isn’t available to everyone just yet, you can still highlight impressive things you’ve done on any of your favorite platforms. Share content about your most recent volunteering efforts, post a video of your latest band concert, talk about how awesome it was to become immersed in another culture while abroad  – the Internet is one big public record, so use it to your advantage.

4) Be safe on social media

Most of us are familiar with general safety tips when it comes to social media — don’t share your password with others and don’t post information that should be kept private (e.g., social security number, bank account information, home address, etc.) — but what about people and organizations who reach out to you?

With Facebook leading the charge in the ad arena, it’s crucial to be aware of how legitimate ads are before clicking on them.  Since anyone can create an account, you’re better off taking the extra few minutes to research the validity of a person or company before exchanging any information.

5) Be as kind to people online as you would offline

Cyberbullying is a serious problem that has made its way from the ancient chat rooms of AIM (RIP to AOL’s long-running instant messenger service) to all social media platforms. Younger Snapchat users have invented a bullying game to see who can say the meanest thing about a chosen victim, insults are slung all over Twitter threads, and a recent report shows that nearly half of all young people bullied online have been targeted on Instagram. Even Burger King released an ad to help combat this issue.

To help show what online bullying looks like in real life, Monica Lewinsky’s anti-cyber-bullying campaign put together a PSA. Instead of using energy to attack someone online over a divisive issue, practice kindness and compassion whenever you can on social media. Who knows, your positive words might just make that person’s day.

Julie is a Communications Assistant at SUNY System Administration.