Back to the Basics of Journalism: Fact Checking in the Digital Age 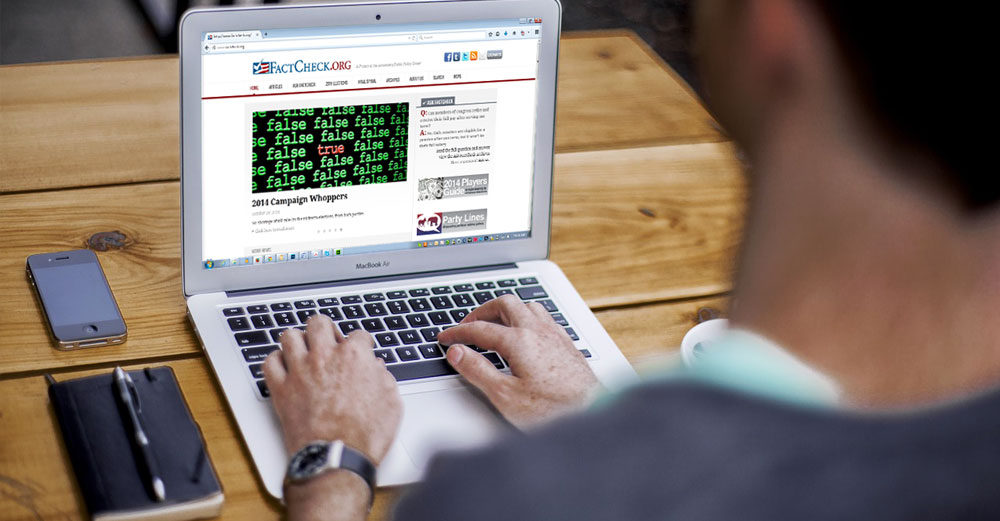 The New York Magazine tendered an apology for factual inaccuracies in its recent story on a high school senior making $72 million trading stocks. The Rolling Stone issued a statement admitting discrepancies in its story titled “A Rape on Campus.” In November 2013 Lara Logan of CBS News was placed on leave of absence following inaccuracies in her 60 Minutes report about the Benghazi attack. And about a decade ago, seasoned journalist Dan Rather of CBS News found himself in the center of a controversy about a disputed 60 Minutes news report on President George W. Bush’s service record in the National Guard during the Vietnam War. These are a few examples of journalists’ constant challenge with fact checking.

One thing clear from the above examples is that no one is above mistakes. However, in what ways should these mistakes be handled? How are journalists groomed to carry out their professional obligations, especially in this digital age?

The Society of Professional Journalists Code of Ethics clearly mandates – seek truth and report it, minimize harm, act independently, and be accountable and transparent. Each of these four ethical principles are elaborated in the SPJ Code of Ethics.

News organizations and journalists abide by the SPJ Code of Ethics or some variation of it basically emphasizing same principles of integrity. These principles are also reflected in the mission statement of the Online News Association as well as its ethics code. The premise of these ethical guidelines is clear that journalists should solely focus on the truth – not rumors or speculations – without letting their own biases influence their decisions in the process of pursuing the truth. Journalism programs across the United States integrate these code of ethics in their curriculum to groom future journalists and media professionals.

2/The fact that there is a story that appears in Rolling Stone in which I don’t have complete confidence is deeply unsettling to me.

Whether one goes to journalism school or not, the professional conduct of journalism is clear – seek truth and report it. While working on a news story – hard or soft news – it is a given that journalists should be reporting the facts and the truth. Any form of fact checking in the newsroom should act like a safety net to prevent any erroneous information from passing through.

In this digital age of the 24/7 news cycle irrespective of the kind of media outlet, the emphasis is on the speed and in this process sometimes accuracy gets compromised.

While one can understand possible errors in a breaking news story where the details are still emerging, it’s a bigger concern when fact errors creep into stories not under similar kind of uncertainty and deadline pressure. If the news outlets get into the habit of frequently putting out factually inconsistent stories then they are likely to risk becoming that proverbial “boy who cried wolf.”

The dilemma of news outlets and fact checking in this digital age is well articulated in this Washington Post article following the Boston Marathon bombing in April 2013.

The bonus of checking source credibility, both human and documentary, basically relies on the news reporter, however, the copy desk and the editors act as the second line of defense. But then, when it comes to thorough fact checking, they can’t totally take the place of the reporter as she/he is the one to directly interact with the sources or might be the only person to have access to the sources. This aspect that in some cases the reporter is the only critical link between the news story and its sources is well emphasized in the beginning of the movie “Shattered Glass” – based on the controversy surrounding the journalist, Stephen Glass, during his time at The New Republic.

The Process of Publishing a Story from Start to Finish

In journalism classes, especially introductory news writing and reporting classes, the students are made to understand that news is basically a bimodal process – a combination of news values and target audience. News values can be basically summed up into impact, newness and proximity, which in turn make facts newsworthy. Knowing the target audience helps package the newsworthy facts in the right context and amount.

The process of news story publishing starts by coming up with a story idea. The story idea should have the news values and the relevance to the audience it is being targeted at. This is the reason it’s required for the students in introductory news writing and reporting classes to pay attention to the current affairs at all levels – from local community to national to international – so that they can come up with timely and relevant story ideas.

Before approving the news story for the reporting process, the instructor makes sure to see whether the suggested idea is ethical, has relevance to the target audience, has credible/relevant sources, could be completed within the given deadline, possible multimedia components, and its publication potential. Also, a possible Plan B in case the suggested story idea doesn’t pan out.

In the course syllabus, it’s made clear that the students should abide by the SPJ Code of Ethics in the writing and reporting assignments. They are made aware of the severe consequences of fabricating sources or any other unethical practices while working on their assignments. On the day of the deadline, along with their news stories and supplemental materials, the students are required to turn in the contact list of the sources with their names, titles and phone numbers. Upon grading, the sources are contacted by the instructor to verify facts mentioned in the news stories.

Stories are graded for the content and quality of reporting. The final grade on the story is also based on the consistency in facts, grammar and the Associated Press style. During the initial few reporting assignments students are usually given a rewrite option to improve their assignments based on the instructor’s feedback. Well written and reported stories are then asked to be sent to either a community news outlet or the student-run college news outlet. For the published stories the students also earn an extra credit.

In these classes the students are made aware that no one is above mistakes, however, being thorough with one’s job and owning up to mistakes is a must because a journalist is only as good as her/his last news story.

With a student body of nearly 8,000 students, SUNY Oswego is large enough to offer more than 110 programs of study yet small enough for students to form quality relationships with each other and caring faculty.