The Matrik Blogger > Wellness & Success > Recognizing A Champion of Science

Recognizing A Champion of Science 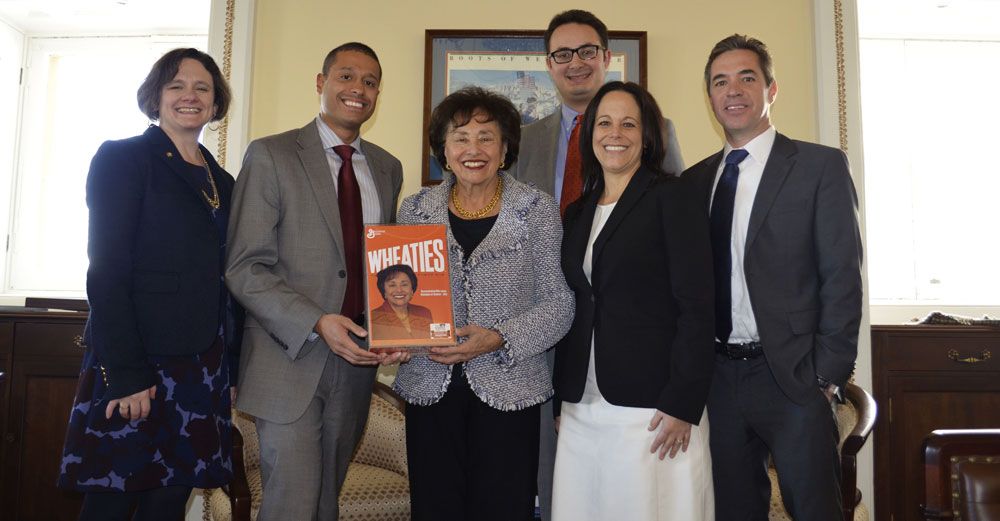 Scientific research at SUNY has brought us amazing things through the years. From the MRI in 1973 to recent research and patents that can give us 3-D printed organs, the range of impact is too large to measure. One of the key ways that all of these inventions and patents can come to be is through funding and support from the federal government and the National Institutes of Health. It is our elected leaders that can bring this critical funding to our scientists and universities to conduct these life-changing studies.

SUNY and other New York members of the Science Coalition presented Congresswoman Nita Lowey (NY-17) with its prestigious Champion of Science Award in recognition of her strong commitment to funding scientific research that keeps the United States and the state of New York at the forefront of innovation.

As a longtime member of the Congressional Biomedical Research Caucus, she has fought for increased funding for the National Institutes of Health, helping double NIH funding in the 1990s and early 2000s. In addition, Congresswoman Lowey has been a leader in the fight against breast cancer, authoring the Breast Cancer and Environmental Research Act in 2008. The bill established an Interagency Breast Cancer and Environmental Research Coordinating Committee (IBCERCC), which works to guide federal research investigating the links between breast cancer and the environment. She has also consistently advocated for STEM education initiatives to build a technologically and scientifically advanced future workforce and enhance America’s ability to compete globally.

The Science Coalition’s Champion of Science Award recognizes members of Congress whose legislative actions and votes consistently reflect their belief that basic scientific research, conducted at universities across the country, is essential to the nation’s ability to address pressing issues in health, security, energy and the environment, and additionally, that a strong federally supported basic research enterprise drives innovation that fuels the U.S. economy. Congresswoman Lowey joins a distinguished group of over 60 current and former members of Congress have received this award since 1999.

As ranking member of the House Appropriations Committee, Congresswoman Lowey has been a passionate and vocal champion for the investment in basic scientific research, advocating for increased investments in science that promote innovation, support education and strengthen the U.S. economy. It is with this type of support from our leaders in policy and innovation funding that science in New York continues to be a game changer throughout the world.

This content was contributed by Jefferson D. Dedrick, an Intern at the SUNY Office of Federal Relations

Big Ideas is the Blog of The State University of New York, published by the Office of New Media.