Student Goes From Internship to Published Author and Full-Time Job 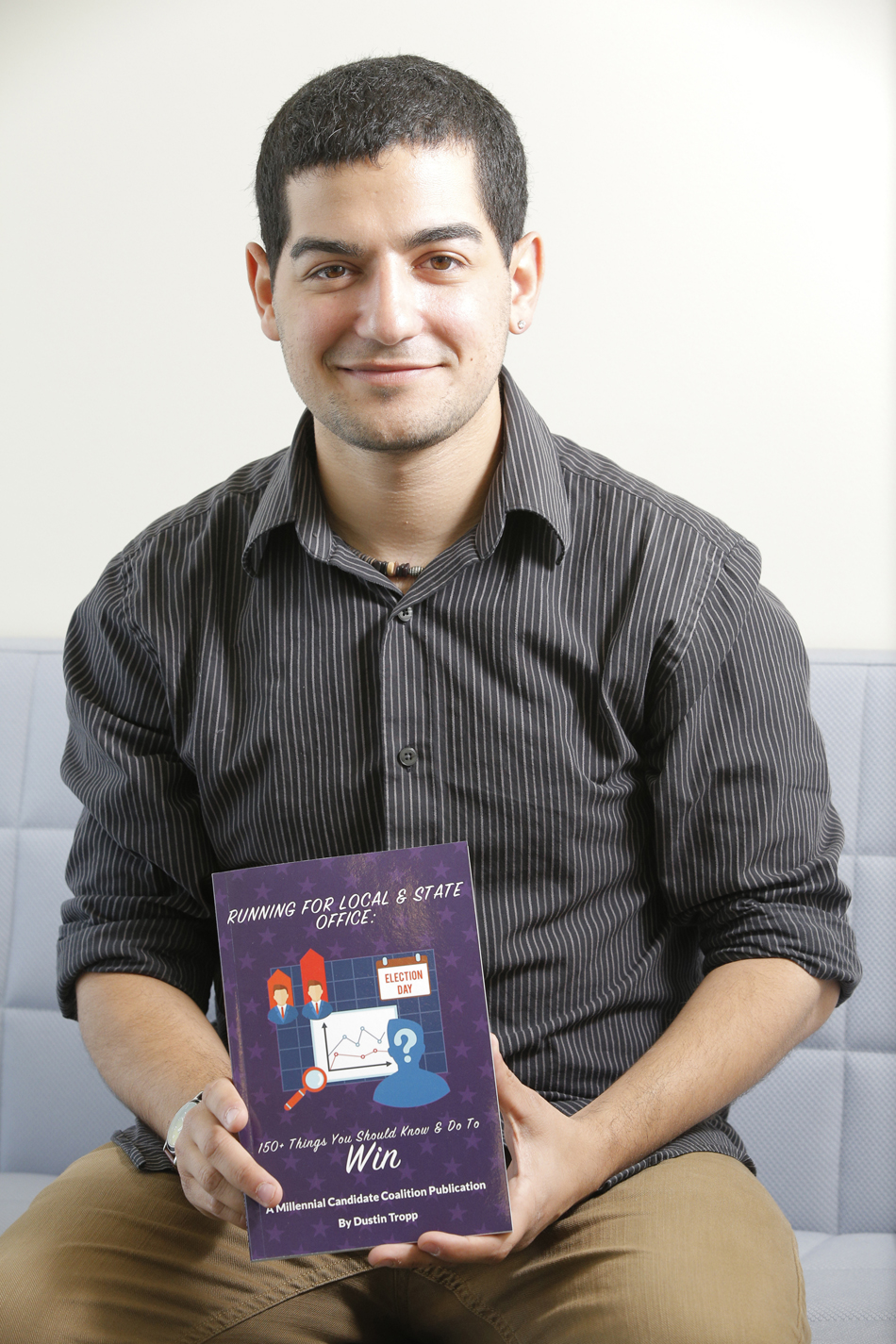 SUNY Oneonta senior Dustin Tropp of Pittsburgh, PA, holds a copy of his book, “Running for Local and State Office: 150+ Things You Should Know and Do To Win.”

Tropp, who will graduate from SUNY Oneonta on Saturday, May 16, majored in Music Industry and Business Economics, with minors in Political Science and Audio Production.

Released May 1, the book is available at Amazon and Barnes & Noble in paperback and as an e-book. It is published by the Millennial Candidate Coalition, an organization Tropp co-founded with the goal of inspiring more young people to run for office. The book has 12 chapters on topics including Funding and Budgeting, Digital Media Advertising, and Voter Data and Networking, as well as appendices with sample campaign documents.

Tropp managed his first political campaign last summer while in Nashville, Tenn., for a music industry internship. What started as a second, one-credit political science internship turned into a full-fledged campaign manager position working for 21-year-old Tennessee State House of Representatives candidate Joshua Rawlings, the youngest Republican ever to run in Nashville. Rawlings lost by a 3 percent margin, and Tropp went on to work on numerous congressional, local and state elections in Pittsburgh, Indianapolis and Oneonta.

Tropp, who also did an artist management internship in Los Angeles while in high school, said he applies his music industry knowledge to the political campaign process. “There’s a whole section on networking for that reason,” he said. “Managing a campaign and managing bands are very, very similar.”

At SUNY Oneonta, Tropp was president of the Young Republicans Club and he started a chapter of Grammy U, a national organization funded by the Grammy music awards and focused on getting students involved in networking in the entertainment industry. To complete all the requirements for his four majors and minors, Tropp took eight classes during his last semester and will graduate with 188 credits. “I have so many different interests,” he said. “I love business, I love music industry, I love politics, and my hobby is producing music, so the fact that I could have all that at Oneonta was phenomenal. I’m getting my money’s worth, that’s for sure.”

Tropp’s dream job is to combine his skills and interests in a career as a music lobbyist, and he’ll start getting lobbying experience right after graduation when he begins a job with the American Israel Public Affairs Committee.