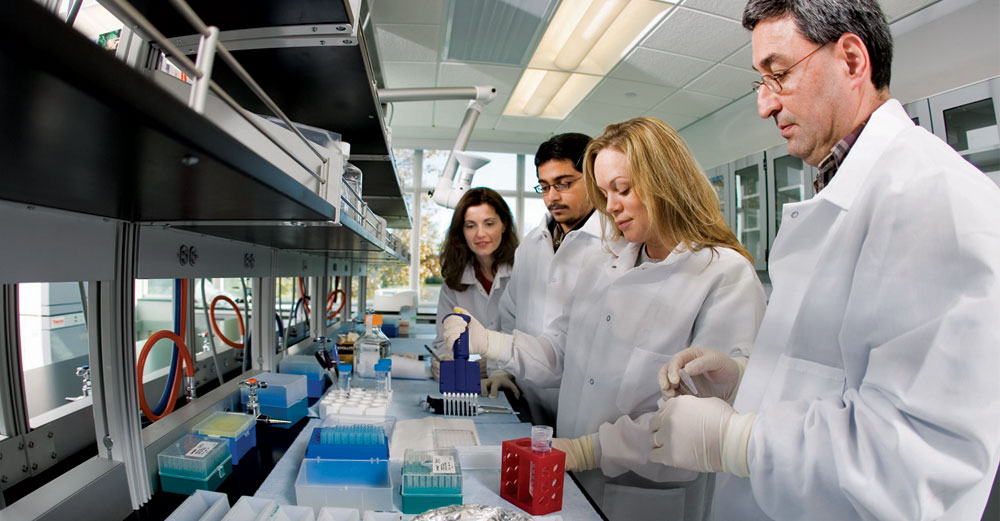 Social networking is omnipresent in our daily lives. Through these social websites and apps, we can meet and chat with friends, plan trips, collaborate in study groups, and so much more. With the number of users and success of our Facebooks, Twitters, and NewPlatformXs, the ability to take social media and networking to research and business was a foregone conclusion.

But if you are someone involved in a research environment, how do you learn about similar efforts taking place? What about a networking platform for students and researchers to share knowledge, find jobs, and generate analytical data for university administrators? Students at Binghamton University and friends at other colleges created a solution in ResearchConnection.

With ResearchConnection, universities gain a centralized database and networking platform for their campus research community, making it easy for students to get involved with active research projects in and around campus. The platform also provides a time-saving application sorting tool for professors to find the most qualified research assistants for their departments. In addition to the networking component, universities gain exposure for their research achievements through ResearchConnection’s in-house publications, along with valuable data on research trends and outcomes.

The beginning of the connection

ResearchConnection was started when CEO Ariel Katz, who is a psychology major at Binghamton University, had difficulty uncovering research information and opportunities at Binghamton. After eventually joining two research labs and conducting an honors thesis in psychology, Ariel decided to help his fellow students and build a platform to fix the problems he encountered. He reached out to his childhood friends at Columbia University, Babson College, and fellow Binghamton students to advance his mission. What initially started as an idea, quickly grew into a national business.

Team RC now consists of 23 individuals from around the country. They received large investments, have been written up in prestigious tech websites, and recently presented at SUNY Innovation Showcase run by the youngest CEO to ever present at the event. “It’s amazing to see the growth of this idea, and how it’s been so well received,” said Jack Fischer, a developer at ResearchConnection and sophomore at Binghamton University (and former student assistant and contributor to the Big Ideas blog!) “It’s been a lot of fun working with the team and bringing this to life.”

ResearchConnection is official partners with Binghamton University and Boston University. They are speaking to multiple universities and are always looking for new university partners. Moreover, they have been working with state systems around the country to unite researchers, students, and universities across entire states.

Ariel was inspired to allow other students to have the amazing research experience that he had at Binghamton. He received the needed support from his research labs that constantly gave him advice and mentorship to refine an idea and build a company. The development team is graduating this May and is going on to work full-time at ResearchConnection on a mission to globally unite students and researchers. “Everyone has really come together to make this happen,” said Fischer.

Binghamton University, specifically the office of Entrepreneurship and Innovation Partnerships, provided the education, support, and springboard to create a company that will have a major impact on the way research is conducted on college campuses.